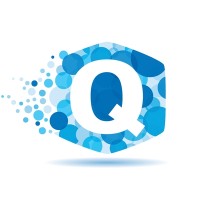 Qico officially incorporated with the mission of providing an environmentally responsible, ecologically beneficial and economically viable water-based alternative to fire cremation. Qico’s Fire to Water™ method, the closest imitation of Mother Nature available, is a truly global-friendly clean and green option for families who value the significance of one’s final bodily act.

Continuous increases in cremation rates along with a piquing interest in crematoria emissions standards suggest the need for a major shift in how the funeral services industry conducts its business. Toxins, dioxides, furans, particulates and greenhouse gases are known emissions released during each traditional fire cremation. Increasingly, the mercury vapors generated from incinerations are being identified as a substantial pollutant dilemma associated with fire-based cremations.

The goal of Qico is to globally transition cremation technology from Fire to Water™ while promoting sustainability initiatives. The water-based Qico process does not produce any of the previously mentioned emissions and is substantially more energy efficient because it eliminates the dependency on natural gas, a non-replenishable fossil fuel.